We educate younger generations about the war. We do not approach this in ways WE think are best. We teach based on how students are actually learning and what tools THEY themselves are utilizing today to explore history, whether that be via strong visual storytelling in films that capture their attention and imagination or utilizing new storytelling technology such as Virtual Reality (VR).

We push out much of this content via Social Media channels, as well as via traditional national and international television networks. We film all these documentaries, narrated by some of the biggest names in television, music, sports, and the movies, in the locations where they actually played out in the war. Often bringing back a veteran or survivor with us to where their own individual  WWII story began and ended. Our studio is in Europe, the Pacific, and the Far East.

We hope these award-winning films, which rank in the top 5 of most requested programs nationally by PBS and Public Television affiliates, will motivate not just students, but everyone to learn more about this critical time period in world history. The lessons of which still strongly resonate today. We make all these resources available for free to anyone who wants to explore World War II’s impact on the lives of those who lived through it.”-Tim Gray

THE NON-PROFIT WORLD WAR II FOUNDATION honors the legacy of the veterans and survivors of one of history’s most important time periods by producing educational documentary films (33 to date) with several more in post-production). The documentaries air on television networks around the world via American Public Television. Each of our films ranges from 60 to 90 minutes in length. We make these documentaries available for free to educators, students and the public. The goal is to preserve these important stories for current and future generations.

Among the Foundation’s other initiatives is the building of an overseas monument recognizing American leadership on D-Day and the World War II Foundation Global Education Center and Museum in Rhode Island, where over 4,500 artifacts, 700 books, and a movie theatre help tell the story of World War II to thousands of students each year.

In 2019, the World War II Foundation also established the Senator Bob Dole World War II Leadership Award, which is now given annually to a veteran of WWII who returned from the war and devoted their lives to public service and educating current and future generations on the subject of World War II. 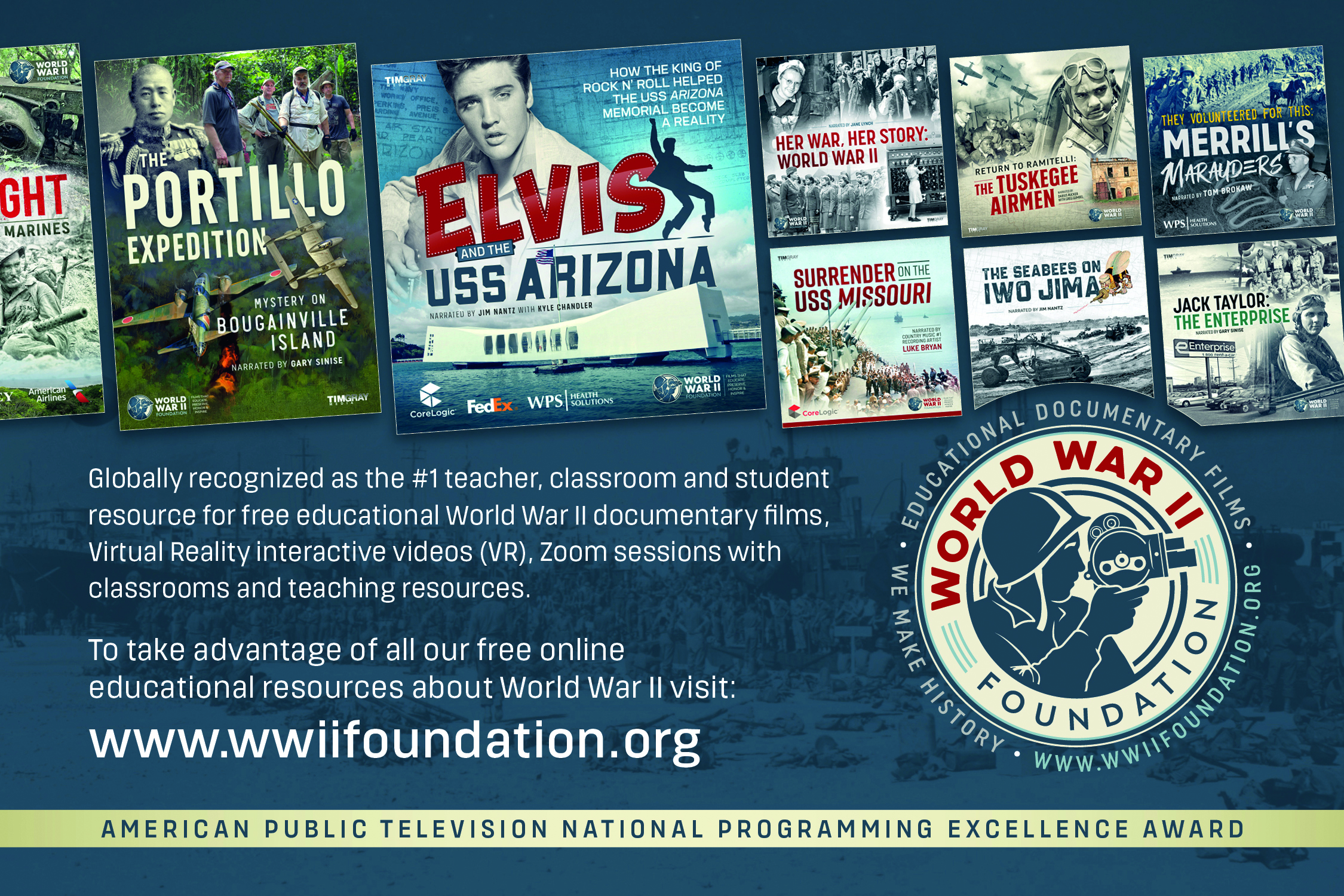 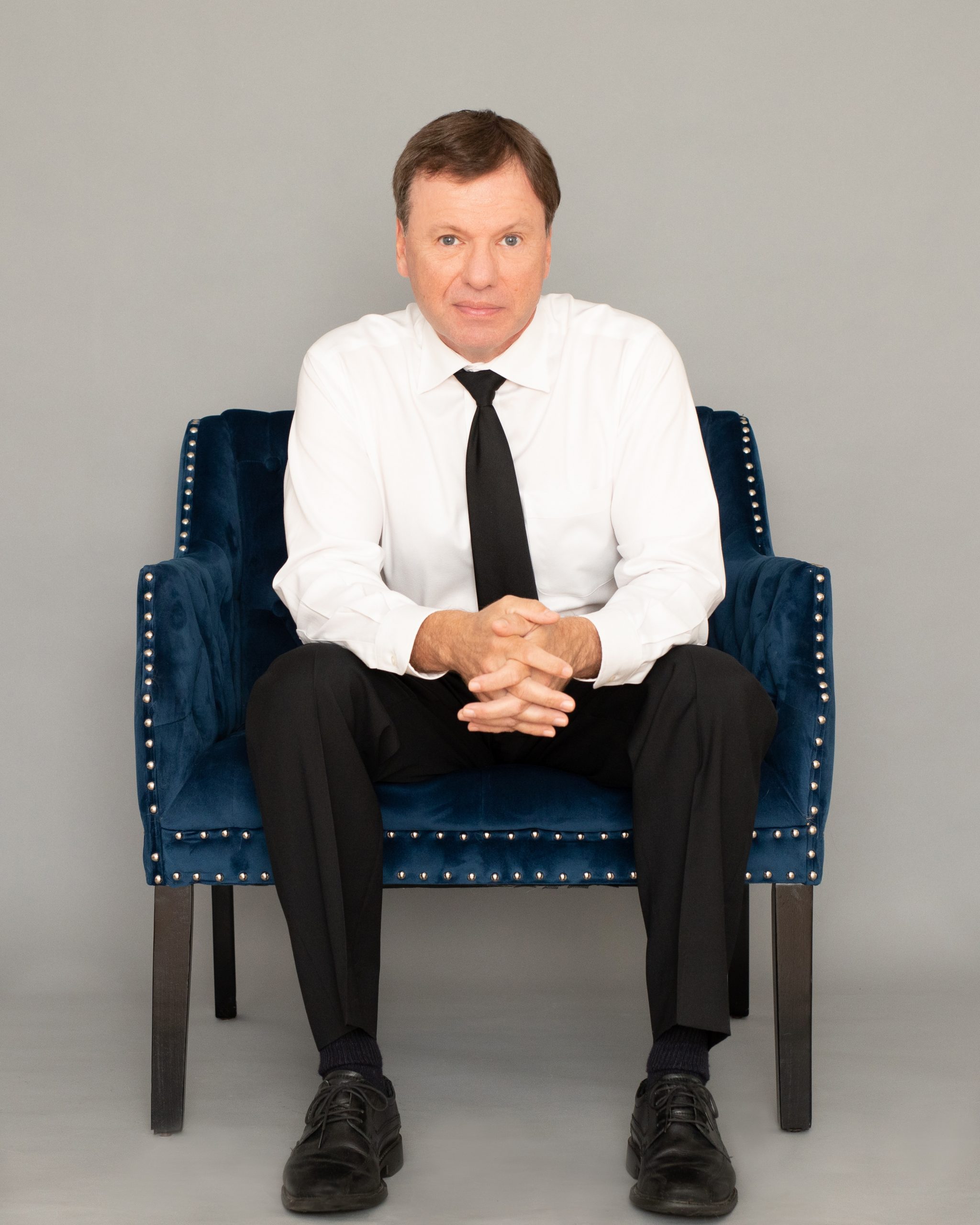 What We Do Best

With 33 award-winning documentary films completed to date (and an additional 8 in pre and post-production), narrated by some of the biggest names in the entertainment and sports world, and filmed on location in Europe and the Pacific, the non-profit World War II Foundation preserves the personal stories of the veterans, survivors, and eye-witnesses of World War II so their incredible experiences are not forgotten and remain freely accessible to future generations.

WWII Foundation outreach also includes in-person visits to schools and universities, both in the United States and globally, and events held in Europe and the Pacific that bring people together to educate and honor the contribution of the World War II generation.

These efforts also include Skype and Zoom seminars with students, which are also part of our global outreach curriculum.

We educate based on how students learn today, which is visual. Our astonishing true-life stories inspire a new generation to fully grasp the lessons left to us by the World War II generation.

Our goal is to encourage people to want to learn more about those who participated in one of the most cataclysmic events in world history.

In addition to producing 33 documentary films to date (with an additional  8 films in pre and post-production) focused on World War II, on June 6, 2012, in front of over 1,000 attendees, the World War II Foundation also dedicated the Richard D. Winters Leadership Monument in Sainte-Marie-du-Mont, Normandy, France (photo). The 13-foot high statue, in the likeness of Major Richard “Dick” Winters, the leader of WWII’s famous Band of Brothers, recognizes all American junior officers, and their divisions and corps, who led the way on D-Day, June 6, 1944. The WWII Foundation raised all of the funds for the statue. It has become one of the most visited monuments in all of Normandy, France.

We could not have dedicated this amazing statue without the support of many people in the United States and France. Thank you to generous donor David F. Alfonso, Executive Producer of the monument, and Dick Winters: Hang Tough film efforts.  Actor Damian Lewis narrated the documentary. Charles de Vallavieille and the village of Sainte-Marie-du-Mont in Normandy were also critical to the success of this initiative. We cannot thank them enough for bringing this vision to reality.

We also have enjoyed the support of many of the actors and veterans who were involved with the historic HBO series Band of Brothers.

Each day some 250 veterans of WWII pass on, taking with them incredible stories of the time period 1939-1945.

The goal of our Foundation is to preserve the individual experiences of those who witnessed the most devastating conflict known to man and to hopefully, pass on the lessons learned from World War II to a new generation.

We also seek, through educational outreach, to honor those who showed great examples of dedication, sacrifice, and courage during one of the most horrific time periods in history.

We do hope you will support our mission and honor those who still remain, while also recognizing the cost paid by those who did not come home or were caught up in the path of World War II. Time is critical.

The foundation donates its films to American Public Television, schools, and libraries so young people understand the sacrifices made by the WWII generation. 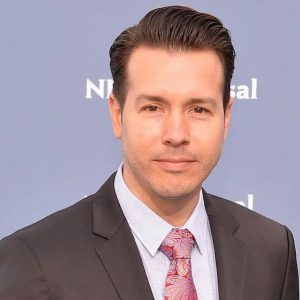 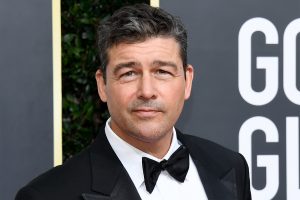 “Documentary filmmaker Tim Gray is America’s preeminent storyteller of those Tom Brokaw famously called “The Greatest Generation” — the American women and men of World War II who, at the cost of much blood and treasure, helped defeat fascism, the despicable movement responsible for an estimated 60 million or more deaths, including 6 million in the Holocaust.”

Tim Gray and the non-profit World War II Foundation have produced 34 documentary films to date on the personal stories emanating from World War II. Tim has received five regional Emmy Awards for his work and several International film awards. Tim’s films rank in the top 5 of most requested programs nationally by PBS affiliates. Tim has also been honored with American Public Television’s prestigious National Programming Excellence Award. Tim’s films are shot on location in Europe and the Pacific and narrated by celebrity voices, including Tom Brokaw, Gary Sinise, Darius Rucker, Dan Aykroyd, Jim Nantz, Luke Bryan, Liev Schreiber, Tom Selleck, and Bill Belichick. In 2012, Tim also raised money for and dedicated the Richard D. Winters Leadership Monument in Normandy, France. Tim also dedicated a plaque in Honolulu, Hawaii, in 2021, honoring Elvis Presley’s role in helping to get the USS Arizona Memorial built at Pearl Harbor. In 2021 Tim was inducted into the State of Rhode Island’s Hall of Fame. Tim has often appeared on national television, discussing the personal stories of World War II. The World War II Foundation has an additional eight films in various forms of production. In addition to airing in the United States, Tim’s films also air internationally in Europe, Canada, and the Far East.

Tim Gray has completed 33 documentaries to date (and is in production & post-production on an additional 8 more films). Tim has written, produced, and directed each of these films, ranging in length from 60 to 90 minutes. These documentaries have taken the WWII Foundation to film in locations such as Guadalcanal, Corregidor, Bataan, Manila, the Philippines, the Solomon Islands, the Russell Islands, Banika, Peleliu, Japan, Guam, and the Republic of Palau. Pearl Harbor, Hawaii (11 times), Normandy, France (15 trips), Holland, England, Belgium, Luxembourg, Poland (including the Auschwitz and Treblinka Concentration and Death Camp locations), the Czech Republic, Germany, and all over the United States, including the Oval Office at the White House in Washington, DC, where Tim met the President and presented him with 2 of his films.

Meet all our celebrity film narrators by CLICKING HERE.

The WWII Foundation/Tim Gray Media has another 8 films in various forms of production.

On June 6, 2012, the World War II Foundation dedicated the Richard D. Winters Leadership Monument in Normandy, France, which has become one of the most visited monuments in Normandy. The 13-foot statue recognizes the leadership of all American junior officers on D-Day, June 6, 1944. Tim is also the founder of the Normandie-World War II International Film & Media Festival in Saint-Come-du-Mont, France. It’s the only film festival in the world focused strictly on documentaries and short films centered on the stories of World War II. 2022 marks the 6th year of the festival, which also attracts some of the world’s top actors and authors as speakers, as well as veterans of WWII. It’s held at the beautiful D-Day Experience, which features an amazing IMAX theater.

In 2018, Tim founded the World War II Foundation Global Education Center and Museum in Rhode Island. The museum, filled with roughly 5,000 original and rare WWII artifacts, hosts school groups from around Southern New England. The museum has over 600 books related to WWII and a small theatre. It is also open to the public. The education center has been called one of the best small WWII museums in the world.

In addition, Tim hosts a Zoom Video Podcast titled From the Front to the Films that features well-known actors, authors, filmmakers, veterans, and others who are connected to World War II.

Tim has also been a frequent guest on FOX News’ national program The Story with Martha MacCallum, where he contributes to the network’s coverage of WWII events, issues, and stories.

On October 23, 2021, Tim Gray was inducted into the Rhode Island Hall of Fame. The RI Heritage Hall of Fame was established in 1965.

Tim is honored to sit on the Advisory Board of Patriots’ Hall of Dripping Springs, a foundation established by Emmy Award-Winning actor Kyle Chandler (Friday Night Lights, Bloodline, Zero Dark Thirty, Argo, King Kong) and his wife Kathryn. The mission of Patriots’ Hall of Dripping Springs is to create a permanent retreat and resource base for Veterans of all ages and military branches to connect and find support.

Tim worked as a television sports and news anchor and reporter for over 15 years in several states and U.S. markets including Michigan, Washington State, Florida (Fort Myers and Orlando) New York, and Providence, Rhode Island. In 2000, Tim was appointed weekend sports anchor and sports/news reporter at Ch. 10 in Providence, another NBC affiliate. He held that job until 2004. While in Ft. Myers, FL Tim was designated sportscaster of the year by the Florida Sportscaster’s Association, as well as a top feature reporter.

Tim is a graduate of the University of Rhode Island with a degree in Journalism.

Through various initiatives, Tim Gray and his project work have appeared in and been featured on: The Today Show, MSNBC, Fox News, Discovery Channel, CNN, C-Span, PBS stations around the country and world, the United States Armed Forces Radio Network, the Associated Press, and in national and global newspapers and magazines. 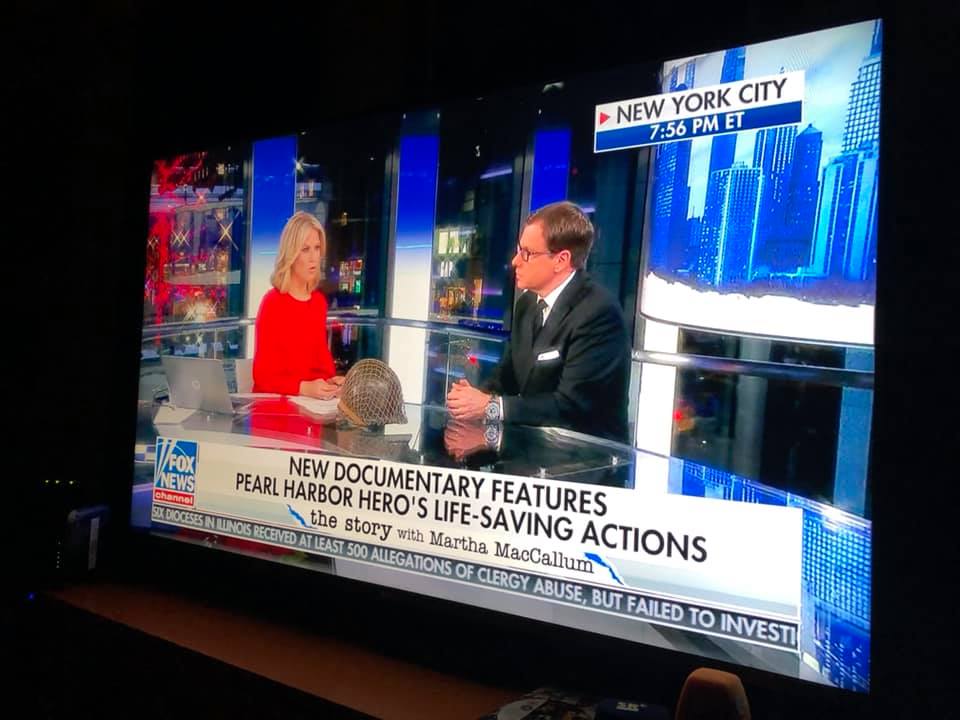 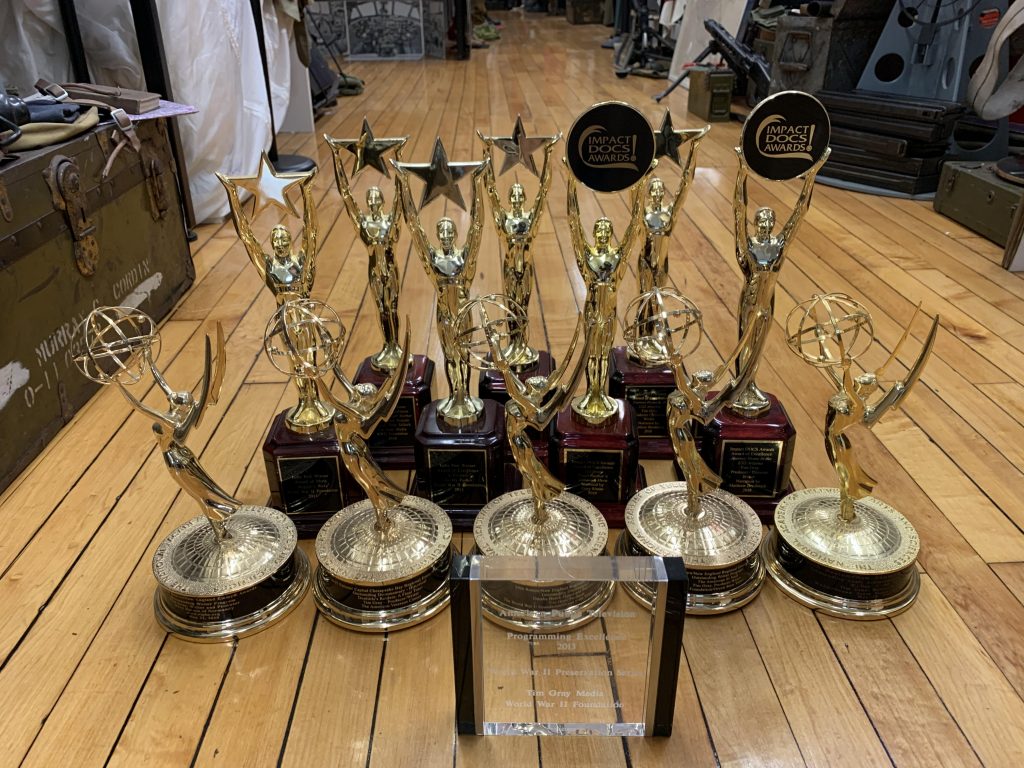 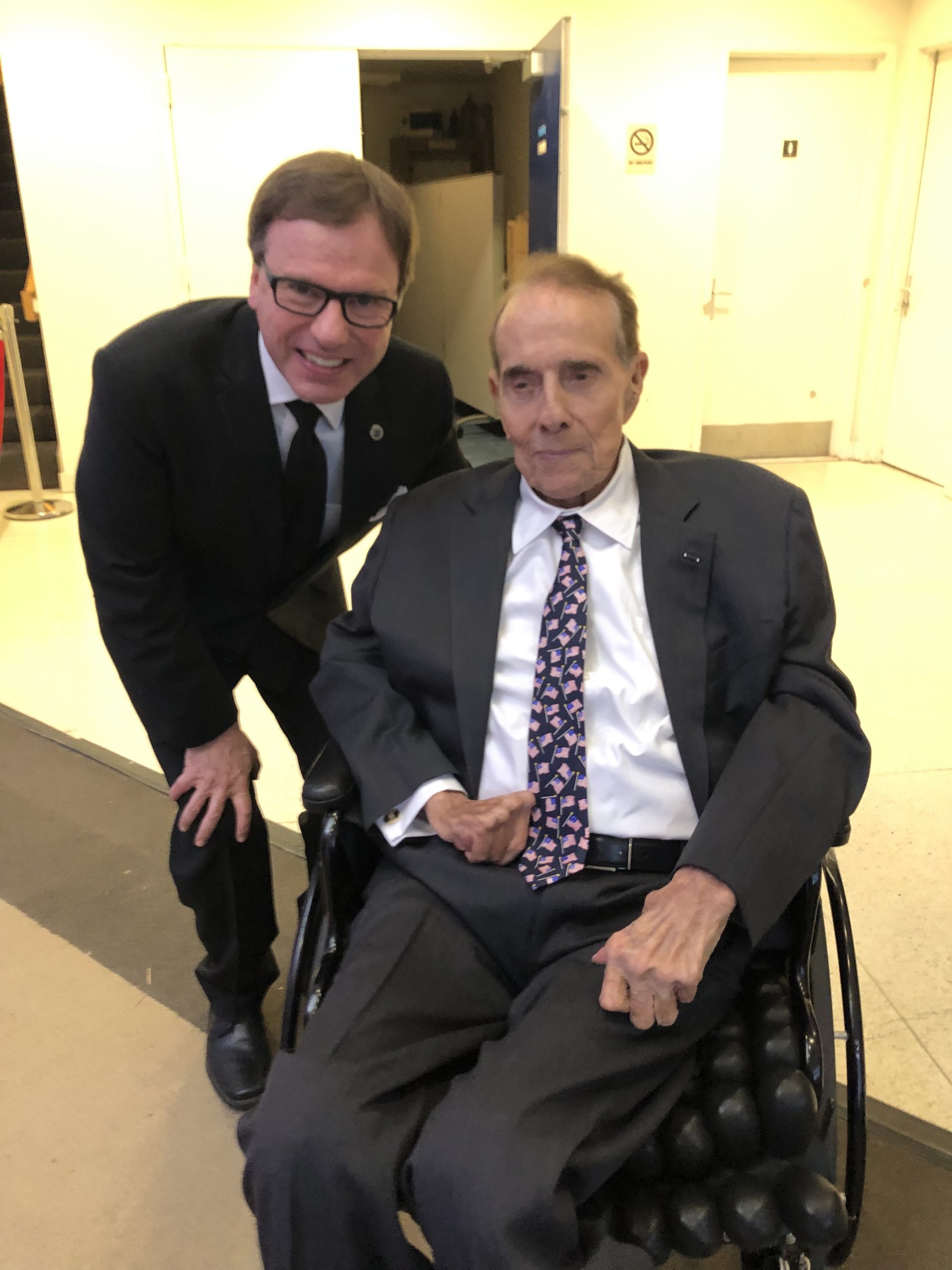 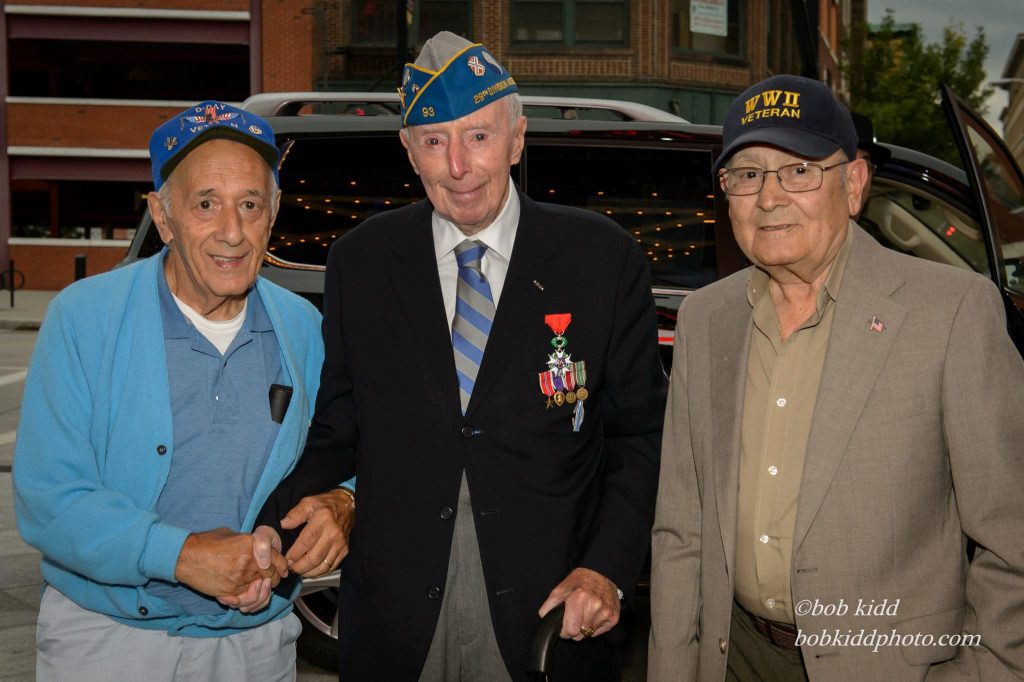 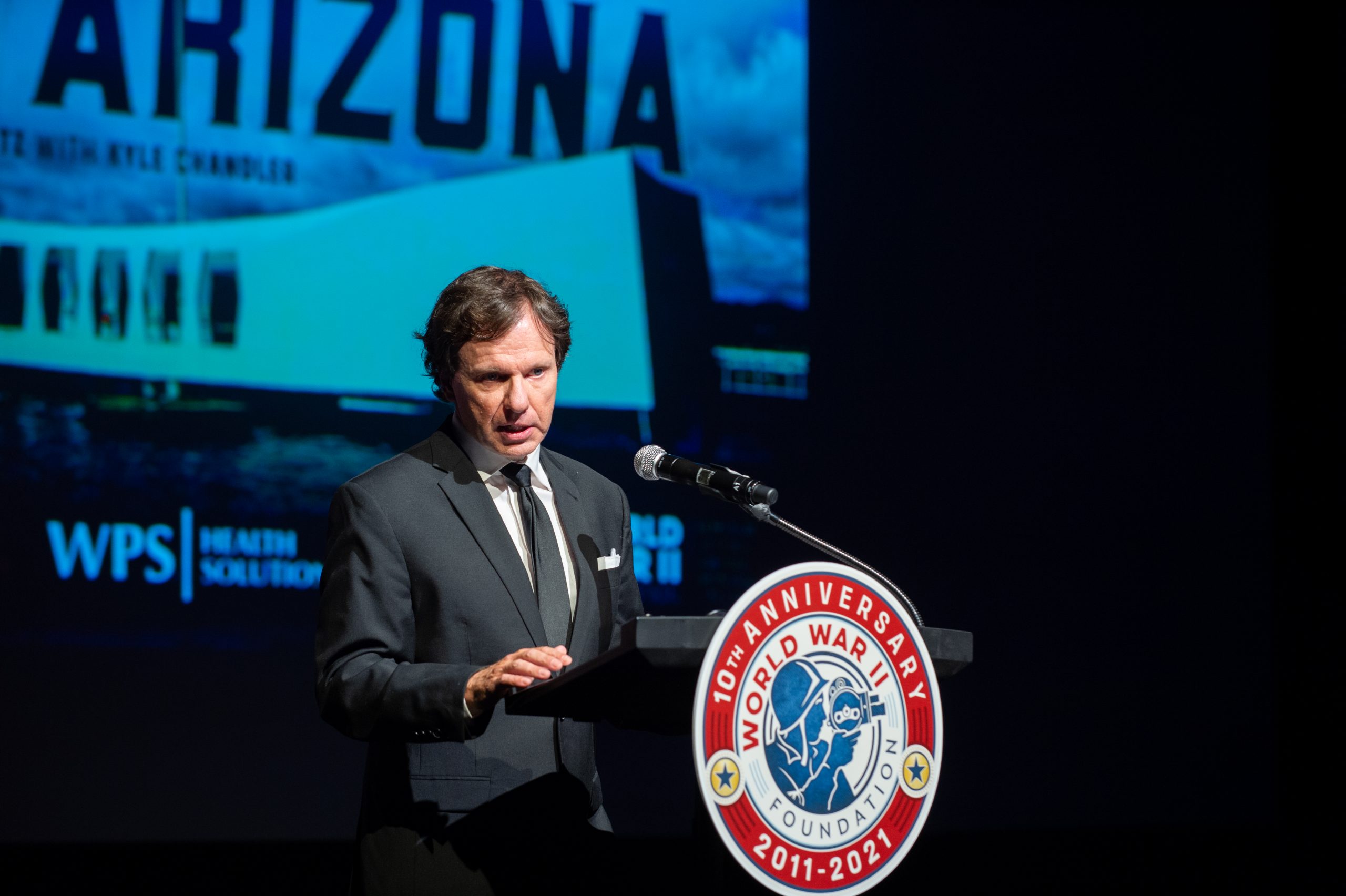