WWII Artifact(s) in the Spotlight

The North African campaign included battles fought in the Libyan and Egyptian deserts (Western Desert Campaign, aka the Desert War), in Morocco and Algeria (Operation Torch), as well as Tunisia.

Control of the eastern Mediterranean was seen as critical to Britain’s national interests. A significant force was based in Egypt. Its main role was to defend the Suez Canal and protect oil supplies transiting from the Persian Gulf to Britain. This presence also ensured continued maritime access to the natural and human resources of its imperial colonies in Africa and Asia.

Fighting began in June of 1940 and continued for three years as Axis and Allied forces pushed each other back and forth across the desert. Italy invaded Egypt in September of 1940, and in a December counterattack, Commonwealth troops forced the Italians into a headlong retreat. Ultimately, some 130,000 Italians surrendered to a force of approximately 30,000 men. Of note, “Commonwealth” units included formations from Australia, New Zealand, South Africa and India.

The DAK fought across Libya, along the Mediterranean coast and into Western Egypt. British forces were frequently out-fought and out-flanked by Rommel. The vital, deep-water port of Tobruk (Libya), a critical shipping/logistics hub, was twice besieged. Rommel’s tactical agility, daring initiative and trademark aggressiveness would earn him the “Desert Fox” moniker. Ultimately, he was promoted to Field Marshal and given command of the German and Italian troops of the reinforced Panzerarmee Afrika (which included the DAK). The turning point in the Desert War came in late October/early November of 1942, when Lieutenant General Bernard Montgomery of the British 8th Army decisively defeated the Axis forces at the Battle of El Alamein (in Egypt). On November 4th, Rommel left that battlefield having lost most of his tanks, and more than 30,000 men killed, wounded or taken prisoner. Particularly impactful, throughout the entire Western Desert campaign, were crippling attacks on North Africa-bound Axis supply ships conducted by British Navy (surface and submarine) and Air Force units (RAF) stationed on the strategically located island of Malta. Eventually, the remnants of the once proud German-Italian force would retreat back across Libya into Tunisia.

The battle for North Africa was over. Axis losses in Tunisia alone amounted to approximately 275,000 captured and 40,000 killed, wounded, or missing. With this victory, the Allies next turned to Sicily and eventually the long roads to Rome and Berlin. Importantly, they did so with U.S. forces having passed through their “baptism of fire.” Hard won, and sometimes uncomfortable lessons-learned improved U.S. amphibious operations, armor doctrine, and aviation and artillery support to joint and coalition warfare. Additionally, senior U.S. leaders (like Eisenhower, Patton, Bradley, Clark, and Spaatz) were now ready for the next phase of operations in the Mediterranean and beyond.

Logistics were a key factor in the desert war. Throughout the campaign both sides found that the further they advanced, the harder it was to meet the supply needs of their troops. Both suffered shortages of fuel at pivotal tactical moments. Rapid advances were often followed by equally fast retreats. Rough terrain and constant sand damage caused vehicle breakdowns. Visibility in the desert was hampered by heat and haze. Sandstorms were a frequent hazard, and dust stirred up by vehicular movement and combat operations covered everything. Cold nights and blistering daytime temperatures made life uncomfortable for all.

In the desert, natural water supplies were very limited. Water had to be transported in vehicles. The lack of water to drink, let alone to wash or shave with, was a constant source of irritation. So were the flies, who were attracted by food, human waste and dead bodies. During daylight hours, men struggled to eat as flies swarmed on their food or dived into their drinks. One inevitable result was dysentery, which could be a debilitating experience. Mosquitoes were less common but more lethal, for in some areas they carried malaria. Adding to the men’s misery were desert sores. Any scratch or wound rapidly became an infected mess and medical supplies were not always readily available. The desert was not a very forgiving environment.

Famous quote regarding the victory at El Alamein:

“Now this is not the end. It is not even the beginning of the end. But it is, perhaps, the end of the beginning.”
Winston Churchill, The Lord Mayor’s Luncheon, Mansion House, November 10, 1942

https://www.youtube.com/watch?v=ERlVM3z3ge0 (Turning point in the Desert –The Second Battle of El Alamein) 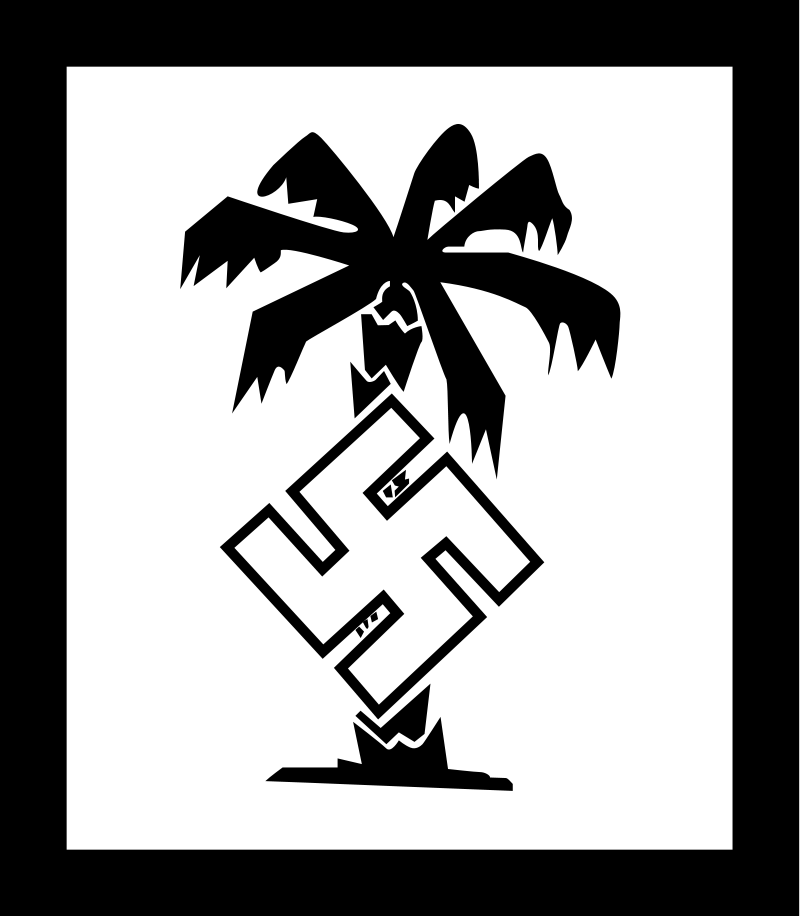 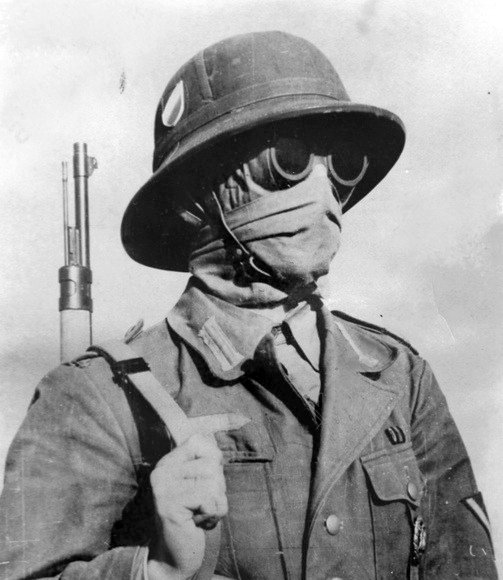 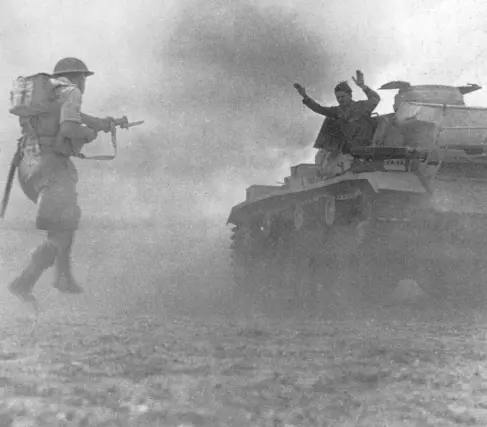 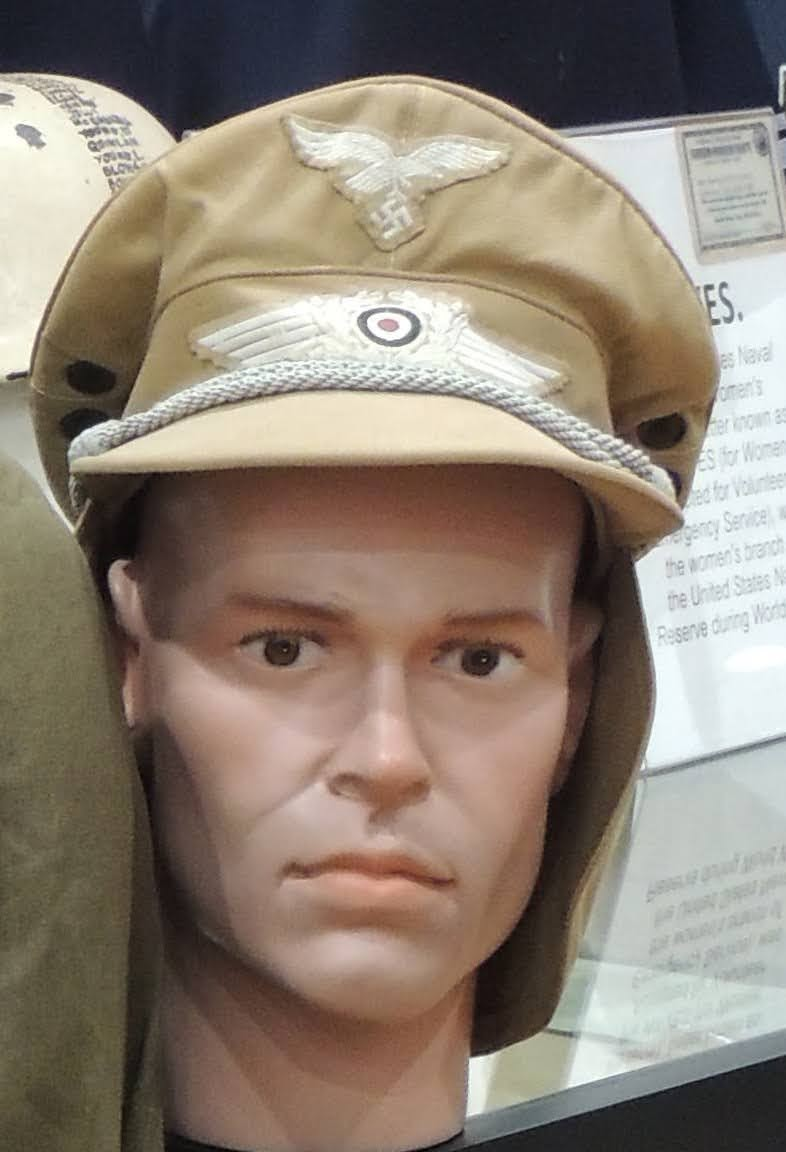 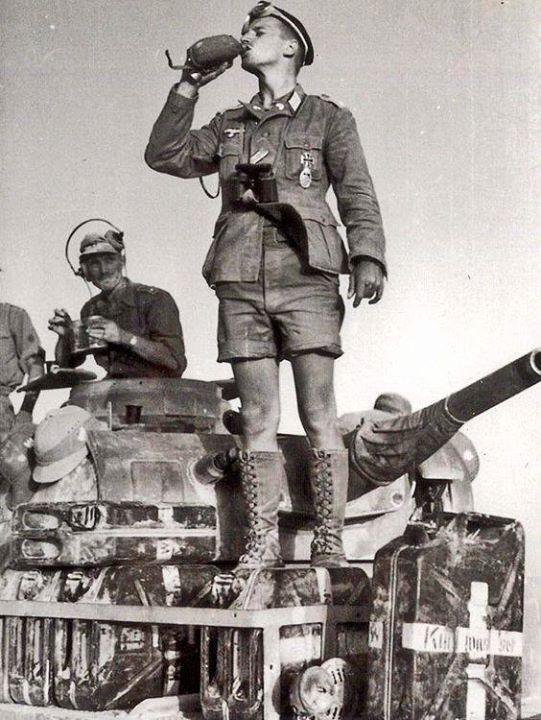