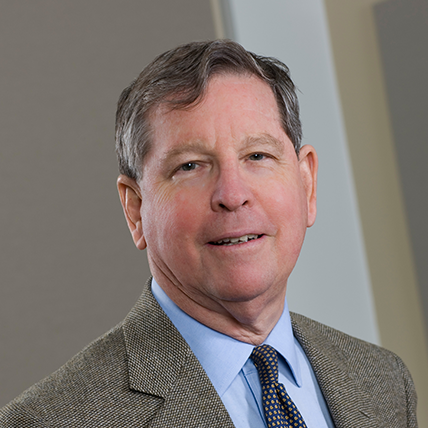 Gary Kearney is a native of Piedmont, California. He received his Bachelor of Arts Degree with honors from Northwestern University in 1961 and his Doctor of Medicine Degree in 1965 at the University of California, San Francisco. On completion of active duty in the United States Navy during the Vietnam conflict he trained as a Urological Surgeon at the Harvard Program of Urology, Longwood area. Since 1973 he has been on the staff of the Brigham & Women’s Hospital, Beth Israel Deaconess Medical, and New England Baptist Hospital where he was President of the Medical Staff, Chief of Urology, and Vice Chairman of the Department of Surgery.

In 1999 Dr Kearney retired as a Captain of the United States Naval Reserve, having served since 1961.

He served as Treasurer of the Theodore Roosevelt Association and currently serves on the Executive Committee. Gary Kearney is also a Trustee of Rogerson Communities, Past Chairman of the Development Committee, a nonprofit organization devoted to affordable housing and services for elders. He is also Vice Chairman and Trustee of the USS Constitution Museum and a trustee of the Pioneer Institute.

Dr. Kearney is an avid aviation enthusiast with an airline pilot rating who enjoys swimming, photography and traveling and charitable flights with Angel Flight NE. His wife, Susan can be found lovingly restoring our “final resting place “to its original historic appearance when she is not out in the garden pulling weeds. They currently reside on weekends in Duxbury and have four adult children, Michael, Alison, Shanon and Christian and eight grand children, Anders, Niall, Owen, Laurel, Thea and Sam, Jack and Maddie.