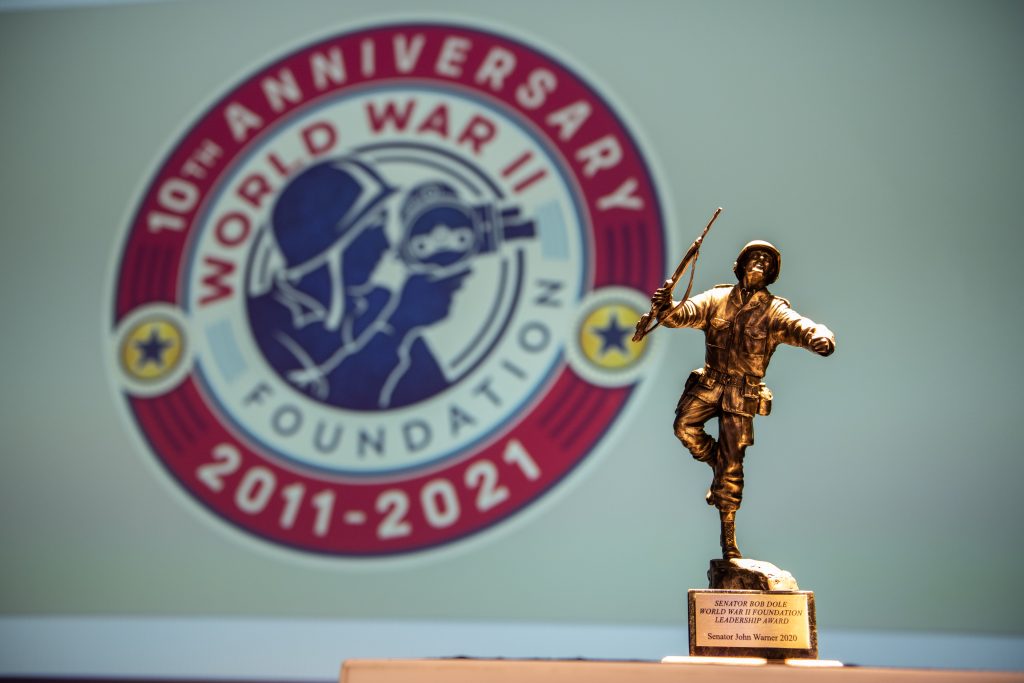 Twenty-two-year-old 2nd LT Bob Dole spoke these words to his Platoon Sergeant, Frank Carafa, on April 14, 1945, as he led the assault element of his 10th Mountain Division platoon to flank a German strong point on Hill 913 near Castel D’Aiano, Italy. He left the sergeant to establish a base of fire. The rest changed his life.

He left the security of his foxhole to drag his fatally wounded radio man to cover when a German machine gun round ripped through his body, leaving him near dead as well. He survived his grievous wounds to carve an historic role in the Senate and American political life.

Last year, The World War II Foundation presented Senator Dole with the Foundation’s Leadership Award at its D-Day Victory Event at the French Embassy. WWII veterans, dignitaries and senior military present were extremely moved to witness this historic occasion and be in the presence of our nation’s greatest heroes. So moved, too, was Senator Dole, that he agreed to allow the Foundation to name its subsequent Leadership Awards in his honor.

To preserve the legacy of Senator Dole the Senator Bob Dole World War II Leadership Award is presented annually to an individual of the Greatest Generation or their family who as an individual reflects the values of self- sacrifice, public service and everlasting commitment to our nation’s principles of freedom and democracy.

The Foundation has commissioned a statue in Senator Dole’s likeliness named “I’ll take Point” to be presented to the award recipient. This year, Senator John Warner, a WWII Navy veteran, Marine Corps officer in the Korean War and Secretary of the Navy, will be presented the Senator Bob Dole World War II Leadership Award.

A board-certified trauma surgeon, Dr. Bono is an inspiration and role model for all surgeons, especially women surgeons across the country and in the military. Dr. Bono received her bachelor’s degree from the University of Texas, Austin; her Master of Business Administration from Washington State University, Spokane; and her medical degree from Texas Tech Health Sciences Center, Lubbock. She completed her surgical internship and residency at the Naval Medical Center, Portsmouth, VA and performed a trauma and critical care fellowship at the Eastern Virginia Graduate School of Medicine, Norfolk.

Robert Dole, from Kansas, enlisted in the United States Army in 1942. Dole became a combat infantry officer in the famed 10th Mountain Division and was sent to the Po Valley in northern Italy in 1944. Dole was ordered to lead an assault against a German position there and was severely wounded. Paralyzed from the neck down and with metal shrapnel throughout his body, the medics who treated him did not think he would live. Dole was awarded two Purple Hearts and a Bronze Star for his combat service in Italy with the 10th Mountain Division during World War II.

101st Airborne D-Day, Market Garden, and Battle of the Bulge Veteran Jim “Pee Wee” Martin received the first of what will be an annual World War II Foundation Leadership Award.

Jim Martin parachuted into Normandy (landing near Saint-Côme-du-Mont behind Utah Beach) at 12:30 AM on June 6, 1944. “Pee Wee” Martin fought in the Normandy campaign for thirty-three days until the 101st Airborne was relieved and returned to England in July. He also parachuted into Holland in Operation Market Garden and Belgium in the Battle of the Bulge. He later saw action in Germany.

Jim continues to speak to as many groups as possible about his experiences, both the United States and Europe and has for decades. Thank you to Pee Wee for all he does to help us never to forget the important stories of World War II and for his service as a brave Screaming Eagle in Europe during the war itself. 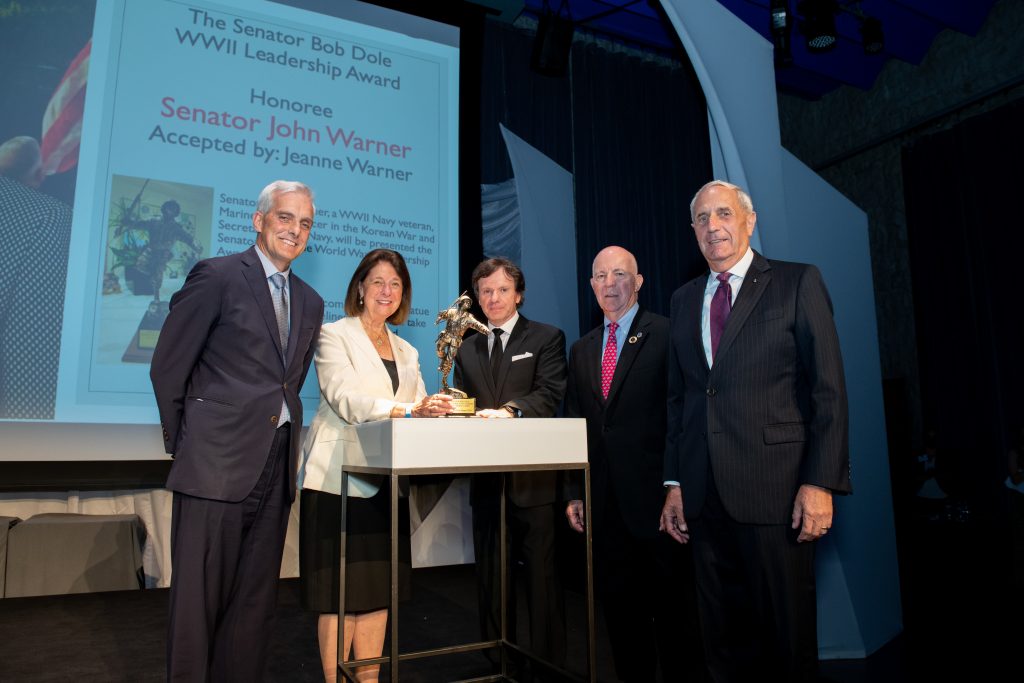