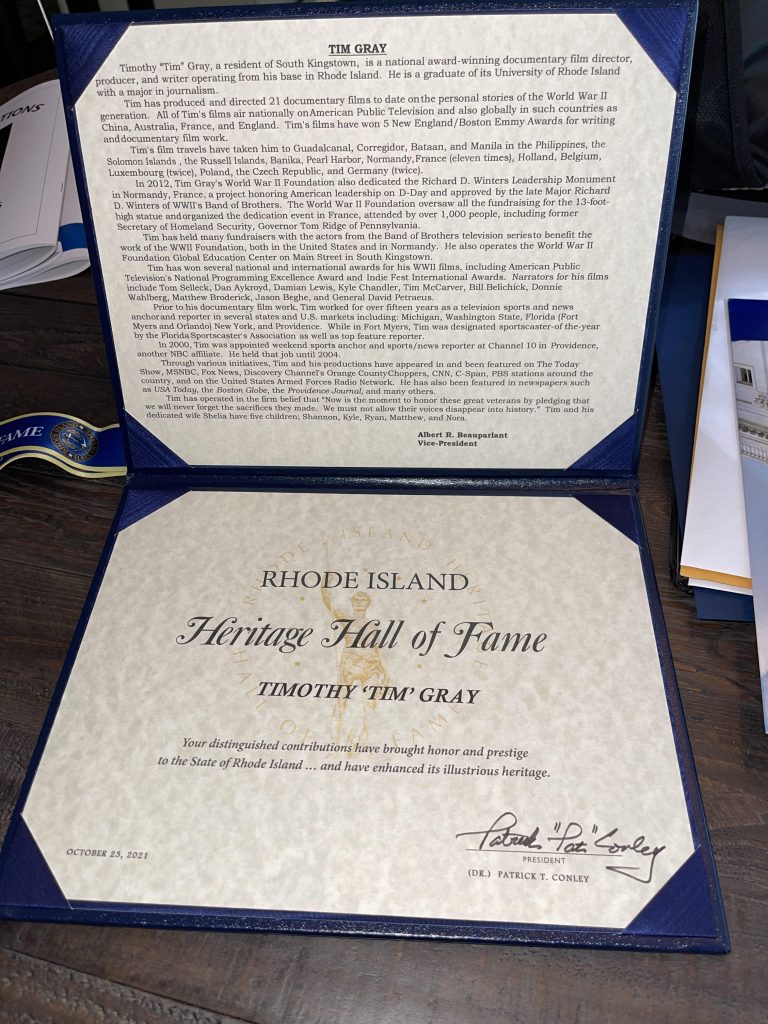 Gray, a 1989 University of Rhode Island graduate, and 1985 graduate of South Kingstown High School, has written, produced, and directed 31 documentary films chronicling the personal stories of the World War II generation. The films range from 60 minutes to 90 minutes in length.

Tim Gray becomes one of roughly 20 URI graduates to ever be inducted into the RIHoF.

World War II Foundation films rank in the top-5 of most requested programs nationally by PBS and Public Television stations.

Gray is a recipient of American Public Television’s National Programming Excellence Award, in addition to being awarded many regional Emmy Awards and other national film recognition for his work.

The World War II Foundation also inaugurated the Normandie-World War II International Film and Media Festival in France six years ago, the only film festival in the world focused solely on World War II films. It attracts some of the top actors in the world including many from HBO’s Band of Brotherstelevision series.

“To be inducted into the Rhode Island Hall of Fame is a great honor, especially when you look at the names who have entered the RI Heritage Hall of Fame over the past 55 years,” Gray said. ” I can think of many World War II veterans, especially some close friends of mine who landed in the first wave on D-Day at Omaha Beach, who deserve this honor much more than I do,” Gray continued. “That generation saved the world. There is no higher honor than that. I dedicate my induction to all those heroes.”