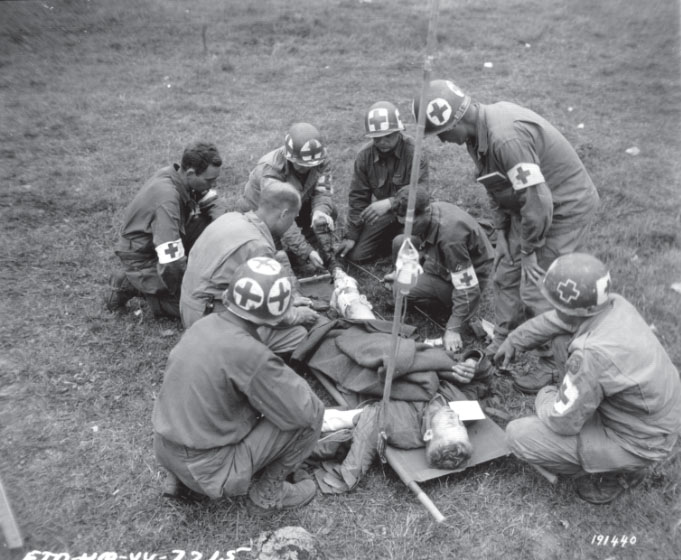 Two American 101st Airborne (Screaming Eagles) medics caught in a church in Normandy, France during the opening hours of D-Day. Outside a savage battle raged all around them. The church changed hands several times with American and German forces over-running the village of Angoville-au-Plain. Inside the small church, the wounded wore both Allied and Axis uniforms and civilian clothing. The American medics, Robert Wright and Kenneth Moore of the 2nd battalion, 501st PIR, treated all who were brought into the 12th century Norman church, no matter whether they were friend or foe. Airing on American Public Television in 2014.