Elvis and the USS Arizona 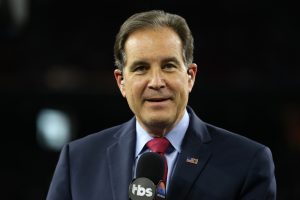 In the late-1950’s the USS Arizona Memorial Commission was struggling to raise money for a memorial that should have been fully funded by now. After all, 1,1777 crewmen died on December 7, 1941, on the battleship, over 900 of them still entombed aboard her today. It was the 1950’s and perhaps most Americans just wanted to put World War II behind them, but still, the USS Arizona needed more than just a plaque attached to her rusting hull to memorialize all those who saw their lives abruptly ended on that Sunday morning at Pearl Harbor. A day of infamy that launched the United States into World War II.

Arthur William Radford was a United States Navy admiral and naval aviator. In over 40 years of military service, Radford held a variety of positions including Vice Chief of Naval Operations, commander of the United States Pacific Fleet, and later the second Chairman of the Joint Chiefs of Staff. He was one person who, at the very least, believed the USS Arizona should never be forgotten. It was his idea for the plaque in 1950. 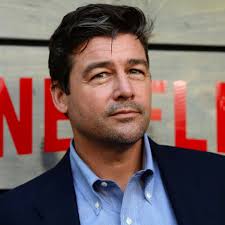 But the USS Arizona was more than just a battleship. Her oil tears still leaked from below. Tears of those who never lived a full life. Never had kids or grandkids who would sit on their lap. Many would never be married. Many would never live to see their full potential.

In the late 1950s, a commission was formed to come up with a proper memorial to those who died on Arizona. The Arizona Memorial commission brought together a variety of people. All with the same goal. Make sure Arizona would never be forgotten and that there would always be a place families, friends, and total strangers would be able to visit to look down into the murky waters of Pearl Harbor and remember the cost of December 7, 1941. This was ground zero for America in World War II and these men paid the ultimate price for being aboard the battleship. 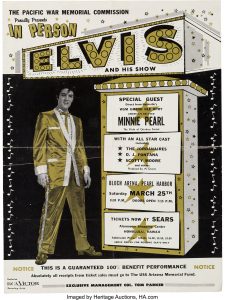 On December 3, 1958, the highest-ranking officer to survive the USS Arizona, Medal of Honor recipient Rear Admiral Samuel Fuqua, was featured on Ralph Edwards’s “This Is Your Life” television show. At the end of the popular show, filmed at Pearl Harbor and in Bloch Arena, Ralph Edwards announced that a major effort was underway to build a proper USS Arizona Memorial at Pearl Harbor. There were tears in Samuel Fuqua’s eyes as Ralph Edwards encouraged all Americans to send in what they could, a dollar, five dollars, whatever they could afford. It was possibly the first fundraising appeal ever made on national television.

The money started to come in thanks to Americans everywhere and also to President Dwight D. Eisenhower who pledged some federal funds to get the project underway. Alfred Preis was chosen as the architect. Preis escaped the Nazis in World War II. It seemed fitting he would design the new USS Arizona Memorial.

As most fundraising campaigns go, the initial push was successful but began to lose steam.

George Chaplin, Editor of the Honolulu Star-Advertiser and active in the Hawaiian community, saw the effort slowing down and wrote a letter to all his editor friends on the mainland asking them to write something about the effort to properly memorialize the USS Arizona.

The Los Angeles Times wrote one such editorial. A man named Colonel Tom Parker saw that editorial. He happened to be the manager of the biggest name in music, Elvis Presley.

Elvis was already heading to Hawaii to film a movie called Blue Hawaii. Col. Parker asked Elvis if he would consider holding a benefit concert at Pearl Harbor to help move the USS Arizona Memorial project forward. Elvis did not hesitate and said “yes” right away. Elvis already had a strong connection to Hawaii and was just coming out of the United States Army himself. The planning commission’s work continued.

On March 25th, 1961 Pearl Harbor’s Bloch Arena, which had hosted the “Battle of the Bands” between the battleships anchored at Pearl Harbor on the evening of December 6th, 1941, was chosen as the location to host the Elvis Presley USS Arizona Memorial benefit concert. The ghosts still echoed in old Bloch Arena from the “Battle of the Bands” on Battleship Row, especially since the entire USS Arizona band died on December 7, 1941, during the attack on battleship row.

The concert was sold out. Even the opening acts before Elvis took the stage (such as Minnie Pearl) had to buy their tickets. It was Elvis’s return to performing and there was no better cause one could imagine. 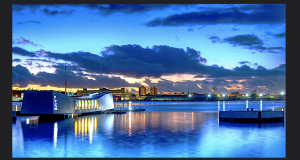 Some of those in attendance that night at Bloch Arena had witnessed the attack on Pearl Harbor as children and their memories of December 7, 1941, were still raw and vivid. In many ways, the concert to benefit the USS Arizona was cathartic. They not only reflected on that Sunday morning in December of 1941 but on how they were helping to bring the meaning of the day to a new generation. Some of them even had the opportunity to meet Elvis, including young Sue Holderman. Her dad was on the planning committee and also headed up the 14th Naval District. Sue was invited personally by Elvis to the concert and got to visit with him prior to that evening where Elvis presented her with a stuffed RCA bear. The only other person given a free ticket to the show, besides Sue, was Elvis’ driver. The atmosphere inside Bloch Arena on the evening of March 25th, 1961 was loud and electric. Elvis was back on stage after his time in the army and the screams were louder than ever before. His fans knew they were part of something very special and important, for the future of the new USS Arizona Memorial, historic. 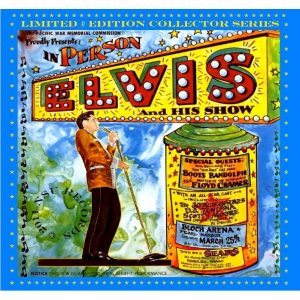 The Elvis Presley benefit raised over $60,000 for the USS Arizona Memorial. More importantly, it brought awareness of the cause across the world. With the help of President John F. Kennedy (like Dwight D. Eisenhower, a World War II veteran), the final amount of money was raised for the Arizona Memorial and the Memorial officially dedicated in 1962. Elvis would visit the Arizona Memorial every time he performed in Hawaii.

Today, the USS Arizona Memorial is the most visited location in Hawaii by tourists from all over the world, including Japanese visitors. The oil still leaks from the battleship. Very few of those visitors know that Elvis Presley was a major reason why the Memorial exists today. It is part of the legacy of Elvis Presley that needs to be revealed to a wider audience.

Each of our documentary films has a corresponding quiz or essay question for use in the classroom by teachers and educators.

We encourage you to choose one of the PDFs below that is the best match for your students. It’s up to each educator if you would like to offer either the exam or the one-question essay. An answer sheet corresponds with each quiz.  Our goal is not to overwhelm students with dates, treaties, and strategies. Instead, we would rather focus their attention on the individual stories of the subjects of our documentaries. We find these visual stories to be inspiring, impactful, and educational.

We hope that after viewing one of our films, students will want to learn more about the personal stories of the World War II generation. Maybe they do this by reading a book, watching another documentary, or perhaps a full-length film.  Maybe our films will inspire your students to ask an older family member about their role, or inquire about another relative’s story, in World War II.

We recommend the below curriculum for grades 7-12 and college.