Surrender on the USS Missouri-Coming Soon! 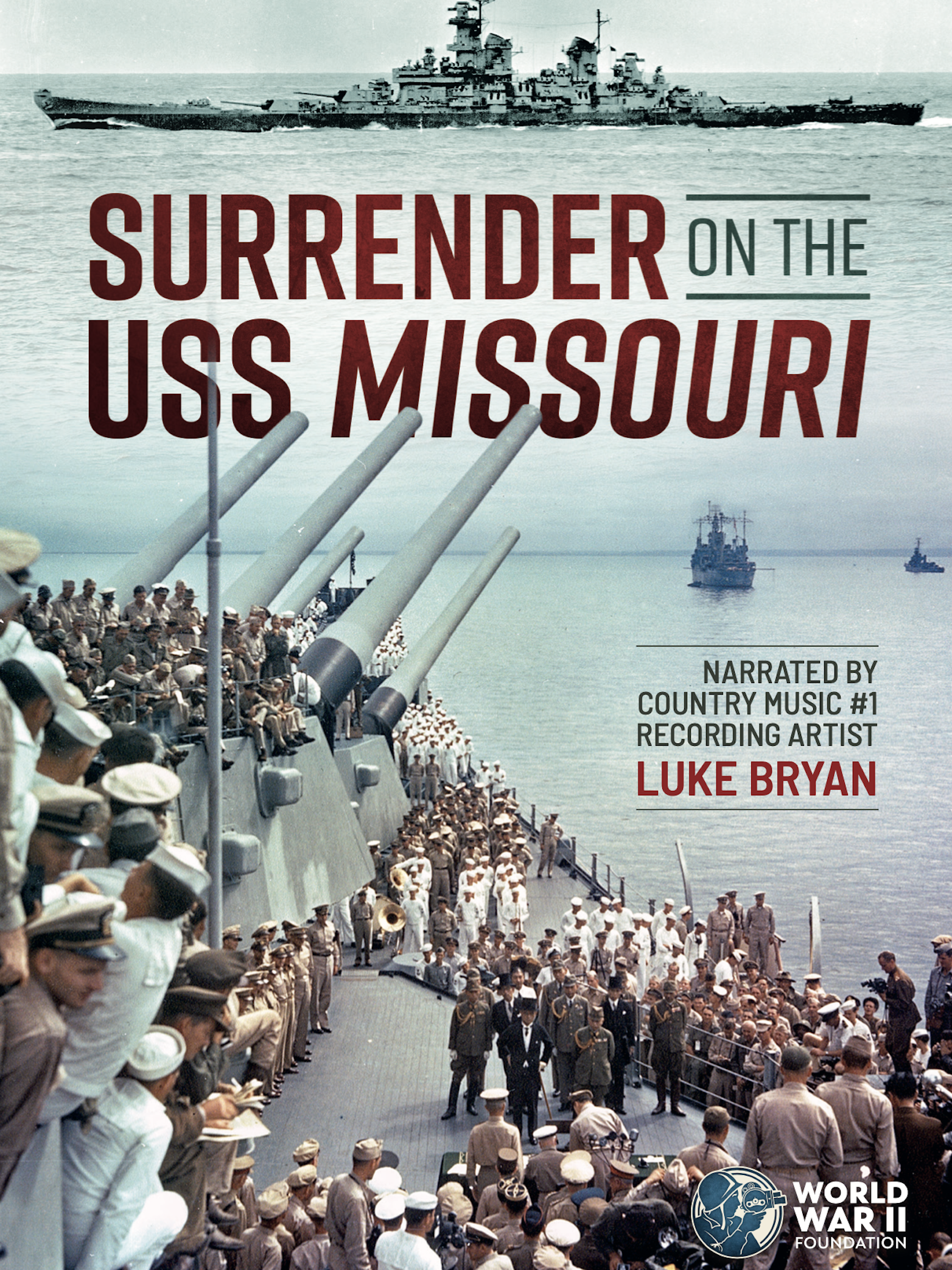 On September 2nd, 1945, World War II came to its official end aboard a legendary battleship anchored in Tokyo Bay. Some seventy million people had died during the war, but now the fighting would end not with a rifle shot but rather with the swift stroke of a ceremonial pen.

The USS Missouri hadn’t been in the fight long, heading into the Pacific theater of war in 1944, but she would become one of the most famous military ships in history when all was said and done.

“Mighty Mo” had been involved in the vicious fight at Iwo Jima and then headed for Okinawa, where she dodged suicidal Kamikaze air attacks during World War II’s last great battle.

Missouri then would bomb Japan before being told to leave the coast for no apparent reason. The reason turned out to be two Atomic bombs that were set to be dropped on Hiroshima and Nagasaki.

The official surrender ceremony on the USS Missouri would attract a world-wide radio audience with famous Pacific commanding General Douglas MacArthur handling the Instrument of Surrender proceedings. Over 3,000 soldiers and dignitaries looked on from every inch of Missouri’s decks, including a small delegation of conquered Japanese.

Why was the USS Missouri chosen as the ship the formal surrender would take place? President Harry S. Truman had something to do with that.

What happened immediately after the signing that left so many in complete awe? What is Mighty Mo’s legacy today at Pearl Harbor, where she rests not far from another famous battleship, the USS Arizona? Are there veterans still alive who were there to witness the Japanese surrender ending the war?

Surrender on the USS Missouri answers those questions and more.

As General MacArthur famously said at the end of the surrender ceremony: “These proceedings are now closed.” However, the story of the USS Missouri never really ended and is still being told today.