They Volunteered for This: Merrill’s Marauders

A film focusing on one of World War II’s most heroic and least talked about units.

Merrill’s Marauders fought in Burma in 1944-1945 under the legendary Frank Merrill. Merrill’s Marauders were all volunteers who specialized in “hit and run” tactics in the jungles and mountains of Burma. They were not supplied very well and had to use mules to move from place to place to carry their supplies. The Japanese always thought the 3,000 soldiers were actually a group of 15,000 plus due to their success of being everywhere at every time and because of the damage and casualties they were able to inflict.

In 2022 the Marauders received the Congressional Gold Medal. What they did was miraculous considering the environment in which they fought and the enemy they fought against. 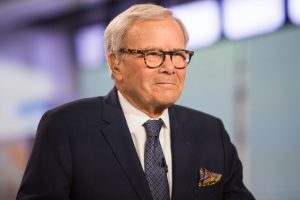 Each of our documentary films has a corresponding quiz or essay question for use in the classroom by teachers and educators.

We encourage you to choose one of the PDFs below that is the best match for your students. It’s up to each educator if you would like to offer either the exam or the one-question essay. An answer sheet corresponds with each quiz.  Our goal is not to overwhelm students with dates, treaties, and strategies. Instead, we would rather focus their attention on the individual stories of the subjects of our documentaries. We find these visual stories to be inspiring, impactful, and educational.

We hope that after viewing one of our films, students will want to learn more about the personal stories of the World War II generation. Maybe they do this by reading a book, watching another documentary, or perhaps a full-length film.  Maybe our films will inspire your students to ask an older family member about their role, or inquire about another relative’s story, in World War II.

We recommend the below curriculum for grades 7-12 and college.