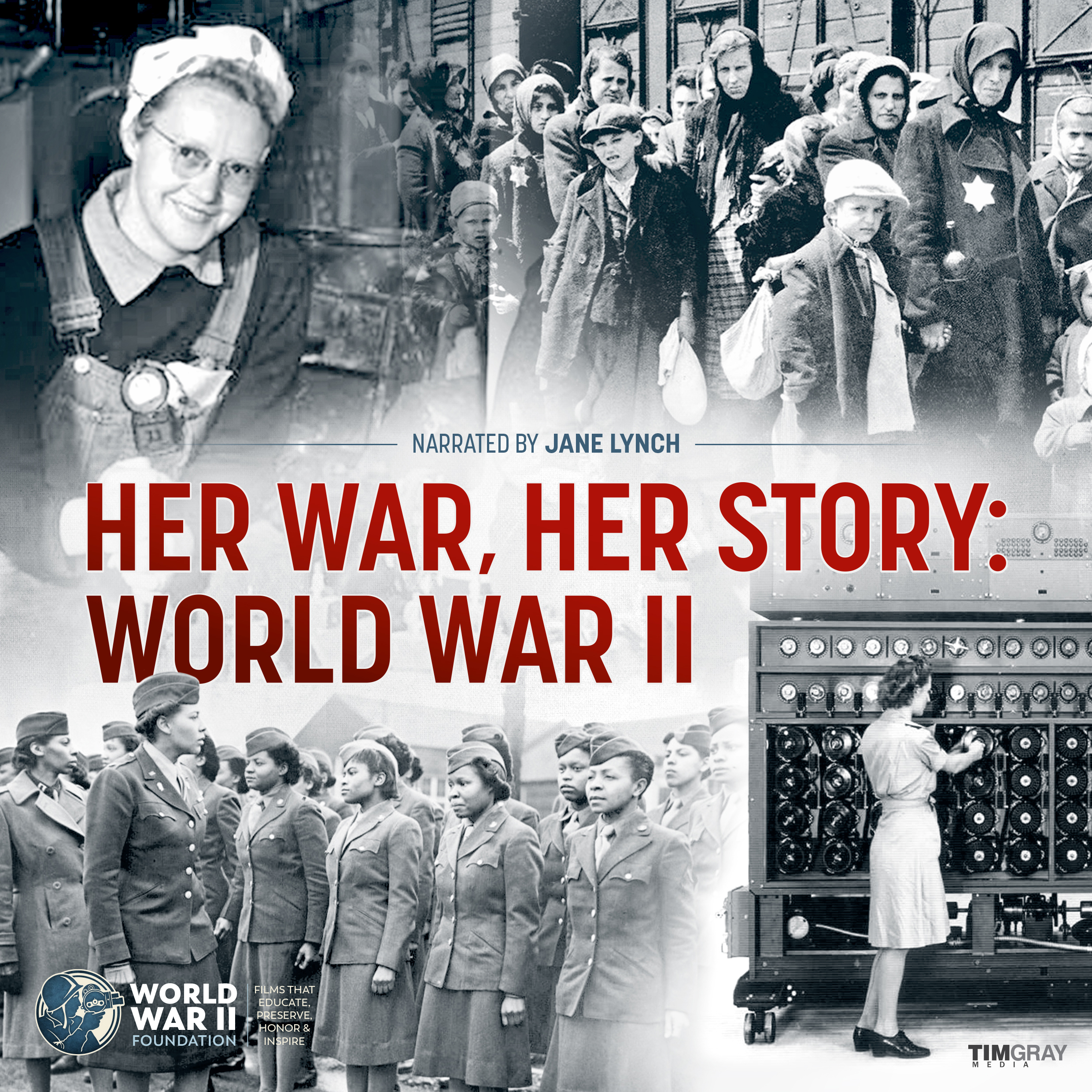 Narrated by actress Jane Lynch. The individual stories of more than two dozen women caught up in World War II, from the American Home Front to Auschwitz Concentration Camp in Poland. Included in this hour-long film are also the personal stories of the incredible women who served in uniform in the military or were “Rosie the Riveters” at home building the tools of war, whether they were black or white.

This documentary focuses on the role of women in history’s most violent conflict, from the perspective of those who served, witnessed or were caught up in a war that proved women were the equal of men when it came to patriotism, service or in some cases, self-preservation during watershed moments which called for steadfastness.