Exclusive Resources for Teachers Only

Sign up or log in for educator access to exclusive downloadable quizzes, answer keys, essay questions, and other teaching materials, which will appear at the bottom of all our individual film pages after teacher access is granted. Let’s educate your students about World War II utilizing all our unique resources. This login is just for educators. 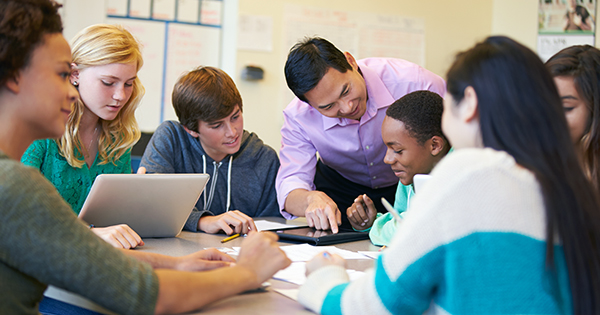 Like our Founder Tim Gray to Skype with Your Class? Call us at 401-862-3030 or Email sheila@wwiifoundation.org

Award-winning videos and podcasts all in one place

The Legacy of WWII in the Early 21st Century

-World War II was the watershed event of the 20th century. It brought profound and lasting change (both for good and ill) to the people of many nations.

WWII’s Effects on the United States

-Fascist Germany and Italy was defeated in their pursuit of regional and global dominance.

-Japan’s quest to build an Asian empire was ended.

-The decline of European colonial empires was accelerated.

-The outbreak of the decades long Cold War was a direct result of the positioning of the Allied powers at the end of the war.

-In 1945, the economic competitors to the United States in Europe and Asia were destroyed or heavily damaged. By contrast, the U.S. economy (particularly the manufacturing sector) flourished during the war. These factors led to a post war international economic environment where the U.S. enjoyed several decades of prosperity, during which the U.S. was instrumental in the formation of the United Nations, sponsored the Marshall Plan for the reconstruction of Europe, and the rebuilding of the Japanese economy.

-The 1944 Service Man’s Readjustment Act (G.I. Bill) led to a large increase in the percentage of Americans with an education beyond high school and in home ownership.

-Between 1946 and 1964 seventy-eight million births were recorded in the United States. The “Baby Boom” generation would foster significant social, cultural and economic change as it aged through life’s phases.

-The experiences of women and African, Hispanic and Asian Americans in contributing to the war effort is cited as being a primary catalyst in their no longer accepting the prewar status quo and accelerated both the Civil Rights and Women’s movements of the post-war era.

-The more than sixteen million American men and women who directly served in the Armed Forces as well as the millions more who contributed on the home front established a legacy of service to country that has earned them the title of The Greatest Generation.

“I would say that interest in World War II is totally consistent,” said Linda Becker, a 16-year classroom veteran who teaches at Westinghouse College Prep in Chicago, IL. “It’s one of the few things that hasn’t changed. If you ask students what they want to learn about, World War II is always in the top three, along with civil rights and Vietnam.” (Chicago Tribune)

“The Legacy and Lessons of The Second World War WWII was a watershed event in world history and the pivotal event of the last one hundred years. It defined our current understandings of collective responsibility, economic interdependence and the importance of tolerance for the diversity of mankind. It set in motion our modern global economy, established standards of service to one’s country and defined many precedents we follow today. WWII is a most important passage on “the road to now”.

“They [students] start off unified in the conviction that the Axis had to be stopped but diverge when they get to the atomic bomb. The questions, the issues, they’re just compelling for any person, young people especially,” sais Mike Biondo, High School teacher in Park Ridge, IL “They’re really grappling with these things. I hope it continues to be important. As we continue to work with students, we need to make it present.” (Chicago Tribune)

“As violent divisiveness has risen in many places around the world through governments, terrorist organizations, and companies, it is extremely important to remember the price we as humans everywhere paid for this very same violent divisiveness in the Second World War. We learned from World War II that violent divisiveness in societies lead to fighting, death, and trauma rather than success. Even the dominant groups under these hateful, racist power structures did not succeed in any sort of way that they could maintain long-term. Our current ways we work and trade with each other internationally were born from the ashes of the Second World War. Even more importantly though, humanity as a whole learned its best example yet of the importance of loving and learning from each other due to our diverse differences of opinions, backgrounds, and experiences rather than continuing to try to ignorantly eliminate those differences between us.”

“Today’s students have the world at their fingertips given the luxury and convenience of technology. Described as digital natives, students navigate a seamless world punctuated with 24/7/365 information, entertainment and topics of their choice. While the convenience of technology brings the user instantaneous gratification, we are challenged to sort through the clutter and noise of social media. As an educator, I am determined to open our students’ eyes to the world beyond their social media platform. I believe exploring the complexities of World War II is one extraordinary example that should be infused in every student’s academic journey. The plethora of resources, to include amazing online tools, will ignite curiosity and excitement among students to explore the endless stories capturing the global sting of World War II. Students who visit the WWII Foundation’s Global Education Center get “up front and personal” with the perils of World War II when they touch the helmets worn by soldiers or feel the fabric of a soldier’s uniform. As a society, it is our responsibility to create learning opportunities for students to understand the complexities of World War II and respect the tenacious spirit of the “greatest generation who ever lived”.”